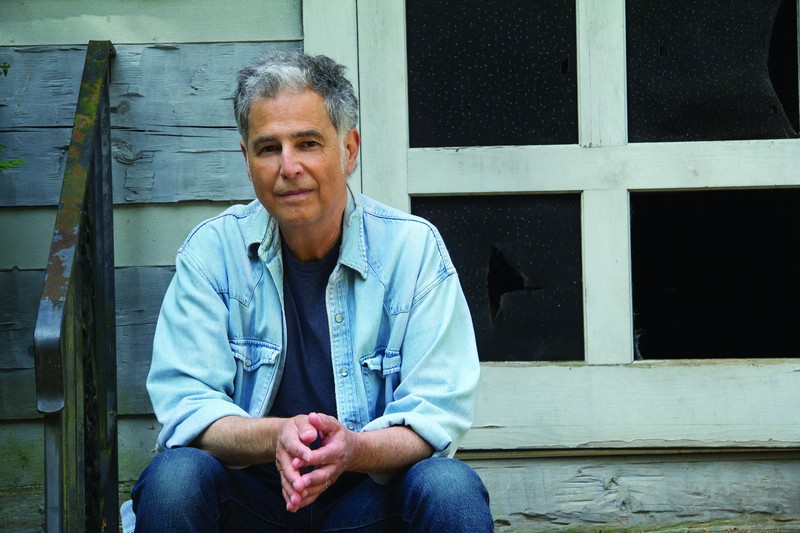 Sally and I are so pleased to have Jim Photoglo back again this year at NERFA. A long time favorite of mine, Jim just keeps getting better and better and better. His new CD “Halls of my Heart” is my favorite CD of the year. I told him recently that it just might be his “Rubber Soul” I can’t stop listening to it. And I can’t wait for you to get to hear his new songs at our NERFA showcase!

From his bio, “Jim Photoglo’s multi-faceted musical career spans five decades. After playing the club circuit in Los Angeles in the mid-’70s, he secured a record deal that led to the release of three solo albums, two hit singles, “We Were Meant to be Lovers” and “Fool in Love With You”, a national tour with the Beach Boys, countless television appearances, and an Asian tour.

In the mid-80’s, a brief break from his recording career led to playing and singing on tour with Carole King, Dan Fogelberg, Wendy Waldman, Vince Gill, Nicolette Larson, and Andy Gibb. It was during this time he moved to Nashville where his career took another turn: He decided to concentrate on songwriting. His songs were recorded by a variety of artists including: James Ingram, Dusty Springfield, Kenny Rogers, Garth Brooks, Michael McDonald, Gary Morris, Leroy Parnell, Patty Loveless, Highway 101, The Oak Ridge Boys, Pam Tillis, Tanya Tucker, Travis Tritt, Neil McCoy, John Anderson, Kathy Mattea and The Everly Brothers. Five of those recordings ended up in the Top Ten of Billboard Magazine’s Country Music Charts, and two went to Number One: “Fishin in the Dark” by the Nitty Gritty Dirt Band, and “Hometown Honeymoon” by Alabama.

After recording two more solo albums in the early 90’s, his career took a bizarre turn. He and Russell Smith of The Amazing Rhythm Aces, Bernie Leadon of the Eagles, and Vince Melamed formed Run C&W, taking classic soul songs of the 60’s and 70’s, re-arranging them, and performing them bluegrass style. Their antics led them MCA Nashville where they recorded two albums and gained a worldwide cult following.

Since 2000 he has released four independent CDs, FLY STRAIGHT HOME, SPARKS IN THE RADIO, the Grammy nominated IS IT ME? and HALLS OF MY HEART. In August, HALLS OF MY HEART, was the #3 album on Folk DJ’s Radio Playlist. “Try Me Tomorrow’ was the #1 song while 2 of his others placed in the top 20, and he was the #4 most-played artist.”

Who knew he was big in Japan? Jim is the real deal, you will have three chances to see him in our showcase lineup this year. Can’t wait? Listen here now.